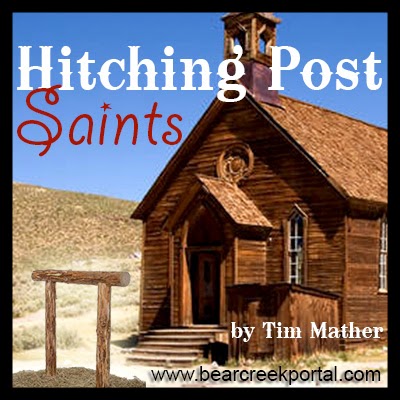 I recently received another communiqué – among many over the years –that somebody else is setting about starting house churches. Of course there is some anger in their stuff; it’s sort of a prerequisite for Escapees, at least in the early days. The anger is directed at the institution for the disappointment, disillusionment, or downright spiritual abuse. Hopefully they will recover.

In any case, here we go again watching someone plant churches that are just a microcosm of the macrocosm. Each one will fill with Saints – angry, hurt, and confused – seeking freedom and finding the only solution to what they were doing in the traditional church system is doing it on a smaller scale in a house, and, frankly, not as well.

Why can’t we see the issue for what it is? It isn’t pews or preachers, or pulpits; they are merely symptoms of the greater problem of our thinking. We think institutionally; we think religiously. How can house churches like these do anything but exacerbate the dysfunction from which the Saints escaped in the first place?

I mourn each time I hear of another one of these house church networks starting up. I know I should be more optimistic but I’ve been doing this for a long time and the pattern is always the same. We run naked into the woods (having tunneled out of the prison church) and try to decide what’s next. Invariably someone will advance themselves into a leadership position; after all, someone must take the lead for the good of the sheep, right? Then we do the only thing we know to do – we meet together. Soon those meetings need a little more structure; after all, God is not the author of confusion, right?

And there it is. Someone is now leading the meeting – even if they don’t immediately preach or sing according to the agenda of a worship Nazi – and the sheep are systematically pressed backward as the pastor-daddy (though he would never call himself a pastor) exerts increasing control until, “Dear friends, I believe the Lord is saying we should rent a building to accommodate all our growth.”
The death knell sounded, only not where you might think. The gathering was doomed from the beginning. Why? Because we are default thinkers. When we don’t know what to do, we do the only thing we know – we do the institution.

So, Yoda, what’s the solution?

Once escape has been achieved, do the hardest thing you can think of – WAIT. Even though you have freedom – because you aren’t in the institution anymore – you do not have liberty. What’s more, you probably don’t know that there is an enormous difference between the two.
Have you even watched a cowboy flick where somebody rides his horse into the scene, jumps off, drops the reins to the ground, and walks away? And the horse just stands there! Why? Does it have the freedom to walk or run away? In reality, the horse has freedom; it’s not tied or constrained in any way. But it stands there because he thinks he’s tied up. They trained him by tying the reins to something on the ground for so long that now, he is on autopilot: reins hanging to the ground means he’s tied up.

And the horse never even considers acting on his freedom.

What does he need? He needs a paradigm of liberty. Freedom is being without constraint, while liberty is the thinking required to act upon that freedom.

Escapees have freedom – they’re no longer tied up to the institutional hitching post – but they can’t, as of yet, think free. They are on a pioneer adventure and there are no road signs out here. The only thing they find in their heads are the signs left behind from their institutional experience. And that’s what they do.

Here are some thoughts for those of you who have freedom but no liberty. It’s important to observe how I do this. It requires some adjustment in approach, since, if I tell you what to do and you do it, then you have tied yourself to my doctrinal/theological hitching post and you are no better off. So, I will give the view from my domain as an enticement for you to make up your own mind on the matter. It will necessarily look quite different than it does in my domain, but that’s the point, isn’t it?

Our thinking is our thinking, and no one else’s. Father is infinite, as you well know, so He is big enough to make your journey entirely unique. So why allow yourself to be organized into another structure like a house church network? It’s just another denomination that hasn’t grown up yet. Why organize your meetings? Isn’t it possible that structuring it may bleed the life out of it? It’s just another church meeting that produces little in the way of relationship development, either with Father or with one another.

Why not just invite a few people over for cake? Why not ask them, perhaps over your second cup of coffee, “Mind if I sing a song of worship? It’s been in my head all day.” Why not blurt out, “I had a dream about you, Fred. I think maybe the Lord has something for you in it.” Or instead of your normal, “Thank you, Lord, for the food and save us from it” prayer why not offer it in another language and then ask for the interpretation. Or how about this? You could ask Fred what Father has been teaching him lately and he could share his revelation. (see I Corinthians 14:26 -)
Does being the church really demand structure? Where does it say that? Isn’t being the church translate into real life? We have bought the lie that the two are mutually exclusive, but the sacred and the secular are one and the same – life in the Kingdom.

Are you standing there with a blank look on your face not knowing what to do? Look at the reins. They aren’t even tied to anything! Ask Father which way He is going and follow Him with joy, with hope, and with liberty.